The first single of The Script’s fourth album, No Sound Without Silence was one of the first tracks written for the album[1] and it’s also one of the most inspiring, positive songs The Script have ever done.

It follows the footsteps of Hall of Fame but without the collaboration of will.i.am Superheroes has a more confident Script-sound. The band is not apologising any more for feeling good among the personal and general trials of the world.

The Script also published an audio only version of the song on youtube the same day.

All the hurt, all the lies
All the tears that they cry
When the moment is just right
They seem fire in their eyes
Cause he’s stronger than you know
A heart of steel starts to grow

She’s got a lion in her heart
A fire in her soul
He’s a got a beast in his belly
That’s so hard to control
‘Cause they’ve taken too much hits
Taking blow by blow
Now light a match, stand back, watch ’em explode

She’s got a lion in her heart
A fire in her soul
He’s a got a beast in his belly
That’s so hard to control
‘Cause they’ve taken too much hits
Taking blow by blow
Now light a match, stand back, watch ’em explode

(Thanks to Anna, Helen and Agnes for their input to the lyrics, addition source here)

Danny described it as a “really super positive song cause we’re feeling great right now”[2] and that feeling genuinely comes through in the strength of the melody.

Containing the elated energy that stayed with the band after the live shows on their tour in America, Mark explained it was inspired by the many people they’d encountered with over the years:

“We get to meet an awful lot of fans on the road. We’re one of those lifestyle bands which is quite different. People turn to The Script music because they may be going through a breakup or with Hall of Fame when you want some motivation. It’s nice to have an escape but it’s also nice to have a song that empowers them a little bit. For us it’s the average people who do extraordinary things that are our superheroes. It’s us tipping our hats to them saying that if someone’s gonna knock you down, knock you down, you’re just gonna come out stronger in the end.” (Mark)[3]

During the live feed of #TheScriptGoogleReveal Danny talked a lot about the song and what it means to them:

It’s about unsung heroes. Everybody from single mothers, to parents, teachers. Sometimes your superheroes are born but sometimes they’re made. Sometimes you can go through one hell of time in life but you can come out in the other end with some body armour on, bulletproof. And that’s what the song is about: keep going. If you’re going through hell, just keep going because you will get out on the other side and I think you’ll be stronger for it. It’s how a superhero learns to fly.

Mark was really proud about how well the song was received after describing such important emotions:

“It’s a song about people’s inner strength. The horrors that some people endure. It’s been really well received that song. We’re over the moon with it.” (Mark[4])

Superheroes was a way for the band to give something back to the people that inspired them:

“Superheroes is for the people that may not necessarily get recognition in their field: the nurses, the doctors, and also the underdog – it’s to inspire people like that. They’re the inspiration for us for this song.” (Glen)[5]

Life is often unfair but it’s not about what is given to someone but how they choose to deal with it:

“We are good at sitting around and talking about issues late at night. That song came from that. There’s people being bullied and sold to the sex slave trade, yet they remain optimistic and positive. They’re unsung heroes.” (Danny[6])

All the hurt, all the lies
All the tears that they cry
When the moment is just right
They seem fire in their eyes

The band’s been constantly asked about who exactly are their superheroes. As Danny said sometimes they gave a joking answer, but sometimes they were serious:

“I think Superheroes, in a way, would have been my side of what I was going through. My mum is definitely my superhero, she’s made of another type of metal, to be able to go through what she did and then come out the other side, against all odds.” (Danny[7])

Glen paid a tribute to the online community of #TheScriptFamily:

“I really look up to our fans. The stories they share with us about their lives, the difficulties they’ve come through and also how they support each other are really inspiring.” (Glen)[8]

And who is the song aimed at?

It’s for anybody who needs to hear it. We don’t write songs with target people in mind, really, just anyone going through pain right now at home, at work, at school. In music, we turned our pain into power and wrote these songs, so something great can always come from something bad. (Danny[9])

‘Cause they’ve taken too much hits
Taking blow by blow
Now light a match, stand back, watch ’em explode

We all had different ideas for the Superheroes video but none were overly impressive so we looked to the director, Vaughan Arnell. Instead of Marvel or DC, we wanted to promote the extraordinary in the ordinary, I guess you could say. We grew up in homes with parents and siblings who did as much as they could for us, regardless of how tough times were – they never let it known to us, their children – and in a sense that’s heroic. That experience really fuelled our desire for ‘Superheroes’ and Vaughan really helped us to portray that.[10]

I know a lot of people have said we should have a link at the end of the video where people can donate but we’re not there to save the world, or show how impoverished it is, it was about telling one story out of a million stories around the world. We could have done it anywhere, but Johannesburg was the choice of the video director. We’re not trying to cure the problems of the world. (Danny [11])

“Only in South Africa would you get that kind of energy,” Danny said. “We placed a stage in the middle of the street at about 4 pm one afternoon and decided to just play for people and the response we received was not like anywhere else.”[12]

“It was different and eye-opening,” Glen added. “It almost felt a bit like a carnival or festival. It was a lovely feeling with such good vibes.”[13]

The band are taking a back seat to let the people of South Africa take the spotlight, in particular, a father on his workday.[14]

A Johannesburg man is the star of the video. James Zuma is not a professional actor but he impressed during the auditions and had been impressed by the politeness of the band in return:

“They said they really liked that I wasn’t fussy. I can’t tell you how many times they said ‘thank you’.”[15]

“We went to Johannesburg to shoot the video, there were about 200,000 people in the township and it’s a pretty poor area. We went down and we set up a stage and basically this carnival atmosphere ensued. We had an amazing, amazing time. We spent a few days there and spent a lot of time with the people in the township, because they are our superheroes, people who are going through the hardest of times but can keep their head held high. That’s basically what the song is about.” (Danny[16])

We just set up a stage in Alexander, played this song to find out what effect would it have on people who we believe are superheroes in life. We started to play at around 4-5 o’clock in the afternoon and people started to walking up in their hundreds. Eventually by about 10 o’clock at night people were on top of the houses, climibing the traffic lights, they were lighting flares – it was almost like a festival vibe out there, nothing but happiness. (Mark, google hangout)

About their experience in Alexandra Mark remembers the ad hoc performance from Alexandra Youth In Action Ensemble in a very warm way:

We got warned going into that place that you gotta be careful, it’s quite dangerous but we just played music and got happiness and love all day. So much so that the people of Alexander decided that we also sing, why don’t you come and check us out the next day. We did, we want back there and they put on a performance for us.

It was incredible, so professional and they’re actually not professionals, they amateurs but they came out, they acted, they sang, they cried on cue, nobody dropped a line and I have to say we were very moved by that performance.

As you said they were not paid, they’re not professionals, they’re going through a struggle every day and these people for us are superheroes.

“We spent a lot of time with the local community and we went to theatres this guy was running to train young kids how to act and let out their pain, and we’re symbiotic with that theatre now.” (Danny [17])

“It was powerful – you could feel their emotions. I think that performance was the highlight of our visit to South Africa. It’s at the heart of what we’re doing, it’s about storytelling.” (Mark[18])

Check out the best official and cover videos of Superheroes here.

As part of #TheScriptChallenge you’ll find some amazing edits and personal stories about “Turn that pain into power”. Check them out. 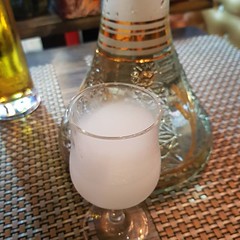 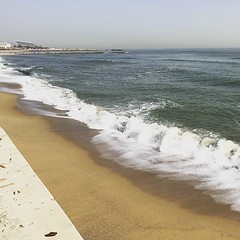 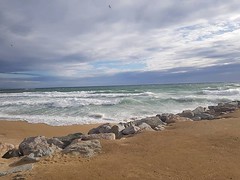 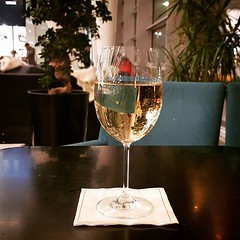 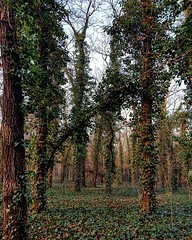 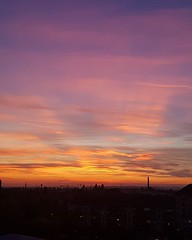