Showcasing the musical talent of The Script Family. 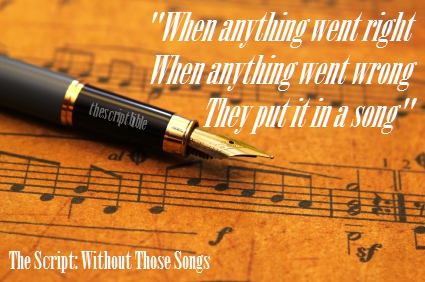 This is a breathtaking mash/cover for It’s Not Right For You by The Script and Tears in Heaven by Eric Clapton. Simply brilliant! Follow Laura on twitter.

Check Paula and her sister on vocals on soundcloud with some amazing covers, including of course The Script songs. You can follow Paula on twitter.

Emily has a great voice and covered some really good songs, including her own version of The Girl Who Can’t Be Moved.

Check out Lauren’s cover of Rather Be by Clean Bandit. She’s gonna have some new stuff soon, so watch this place on twitter or facebook!

One thought on “#TheScriptFamilyTalent: Musical Darlings”